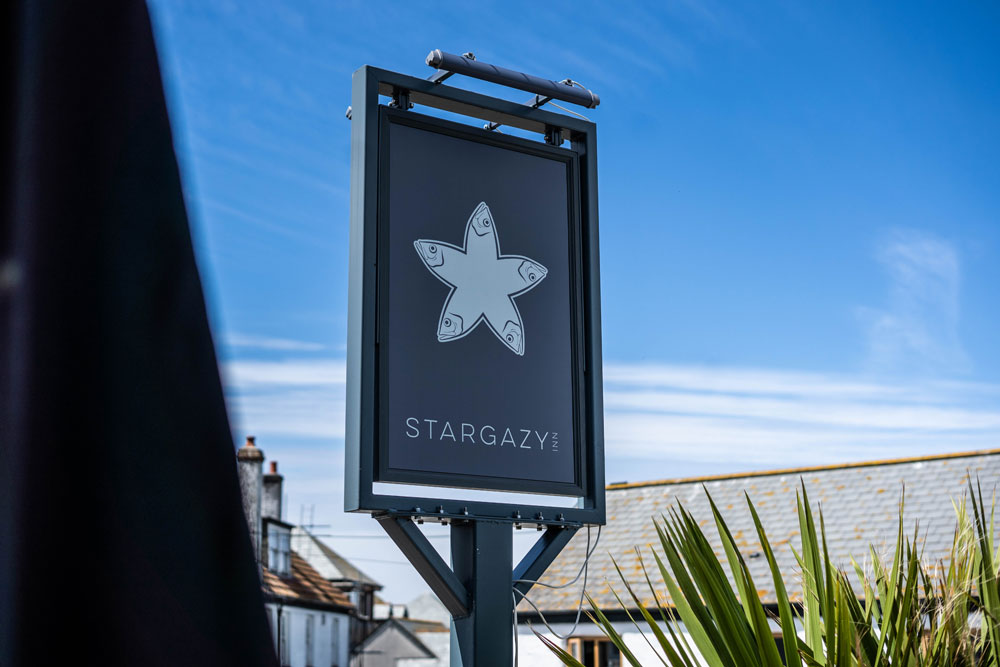 Stargazy Inn has reopened with a new head chef, Jack Clayton at the helm.

Jack Clayton honed his culinary talents working in some of the most prestigious and well respected restaurants in the West Midlands before cutting his teeth at The Gurnards Head in South West Cornwall which was listed as one of the ‘top ten gastropubs in Great Britain’ by The Telegraph.

By 2017, he took over the helm at The Carew Arms at Antony on the Rame Peninsula, and a year later, the restaurant was awarded a Michelin Guide Regional Stand Out Award, an achievement Jack is hugely proud of.

Seeking a new challenge, he became Head Chef at new opening The Old Sardine Factory, Looe, and fast making his mark, the restaurant achieved a Bib Gourmand mere months later. Firmly cementing himself as a chef with a confident cooking style and a strong field to fork ethos, he is now Head Chef at Stargazy Inn, Port Isaac, a coastal restaurant shining a spotlight on the freshest produce sourced from local suppliers.

SIGN UP TO STARGAZY NEWS FOR EXCLUSIVE OFFERS, COMPETITIONS AND MORE